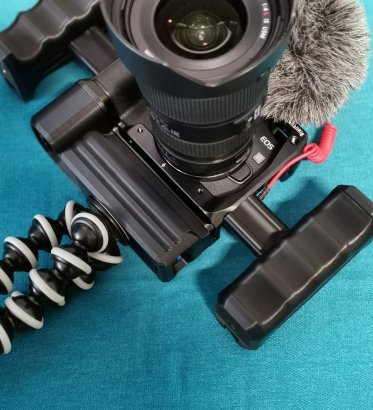 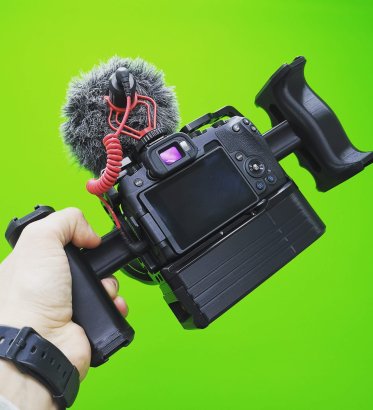 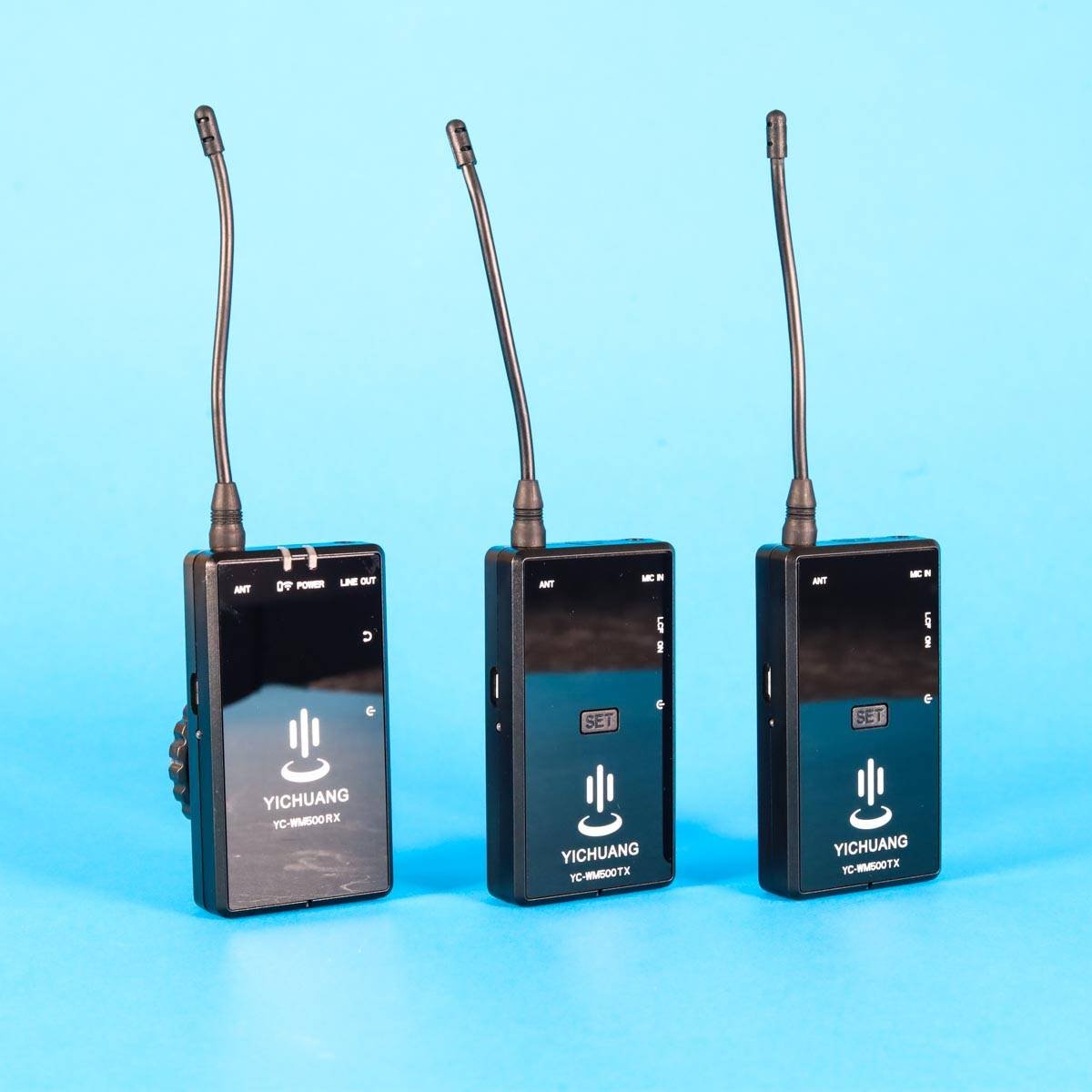 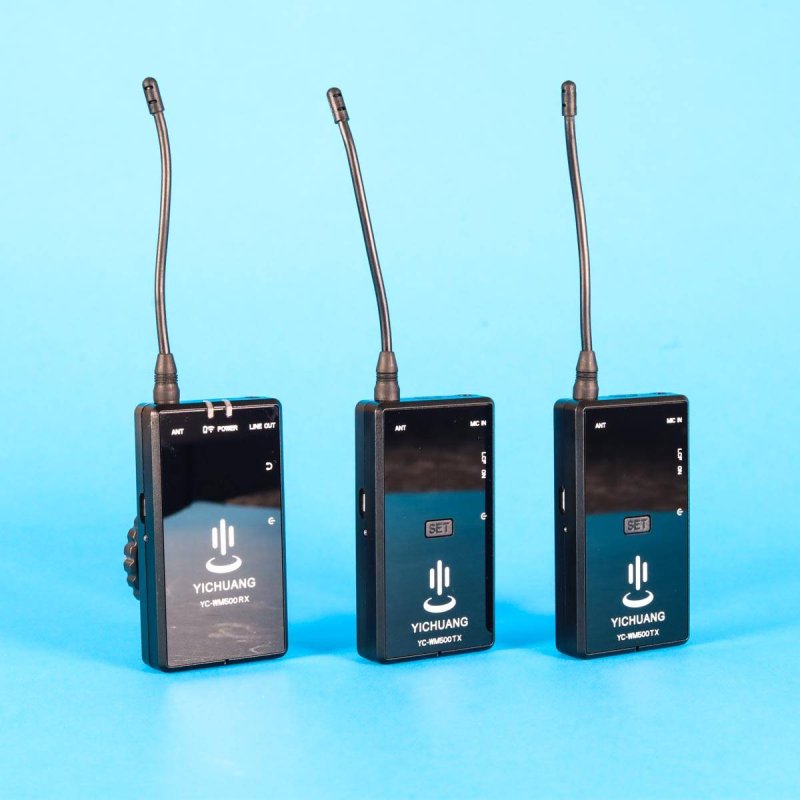 Compact, lightweight, easy to use two transmitters and one receiver microphone system.

Compact, lightweight, easy to use two transmitters and one receiver microphone system. 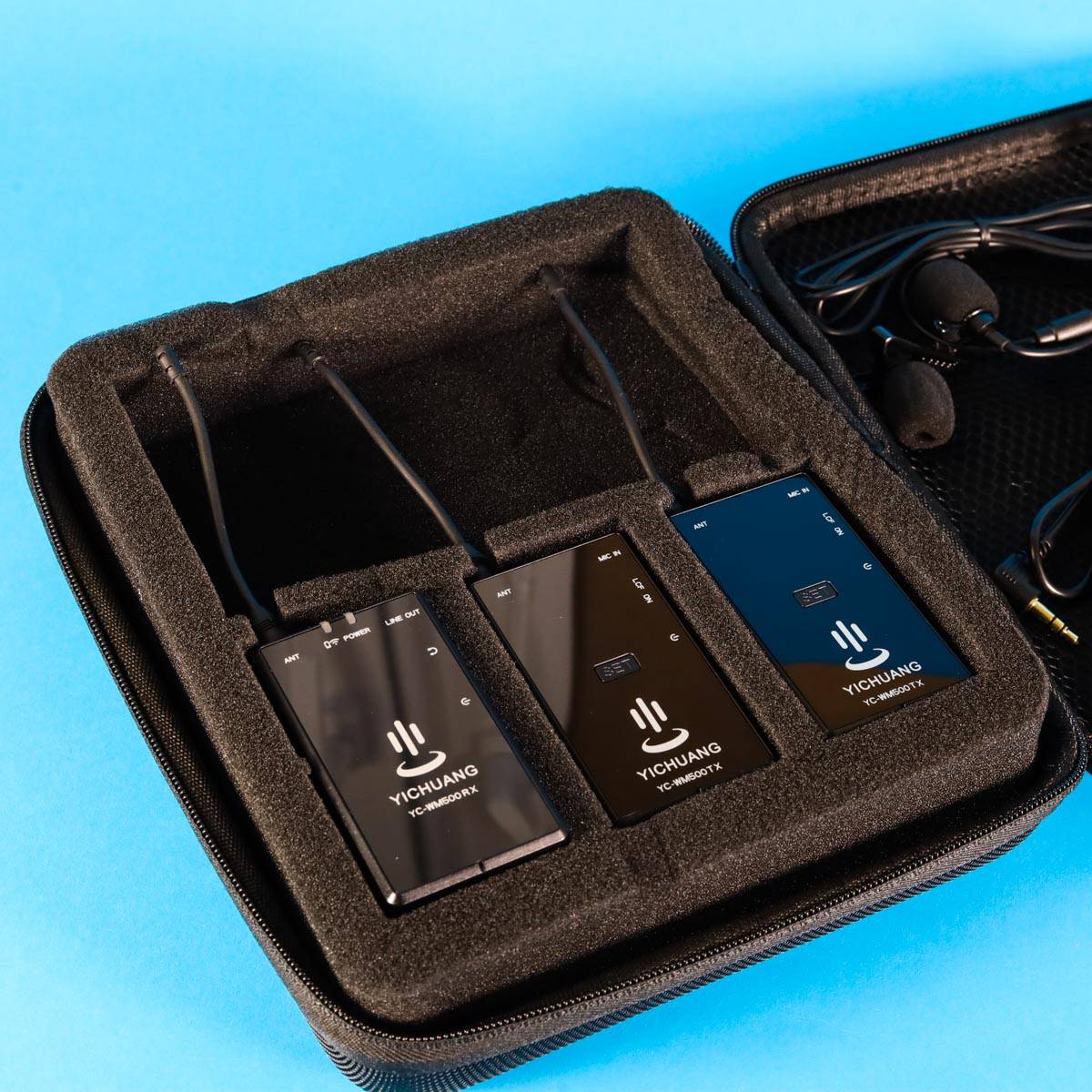 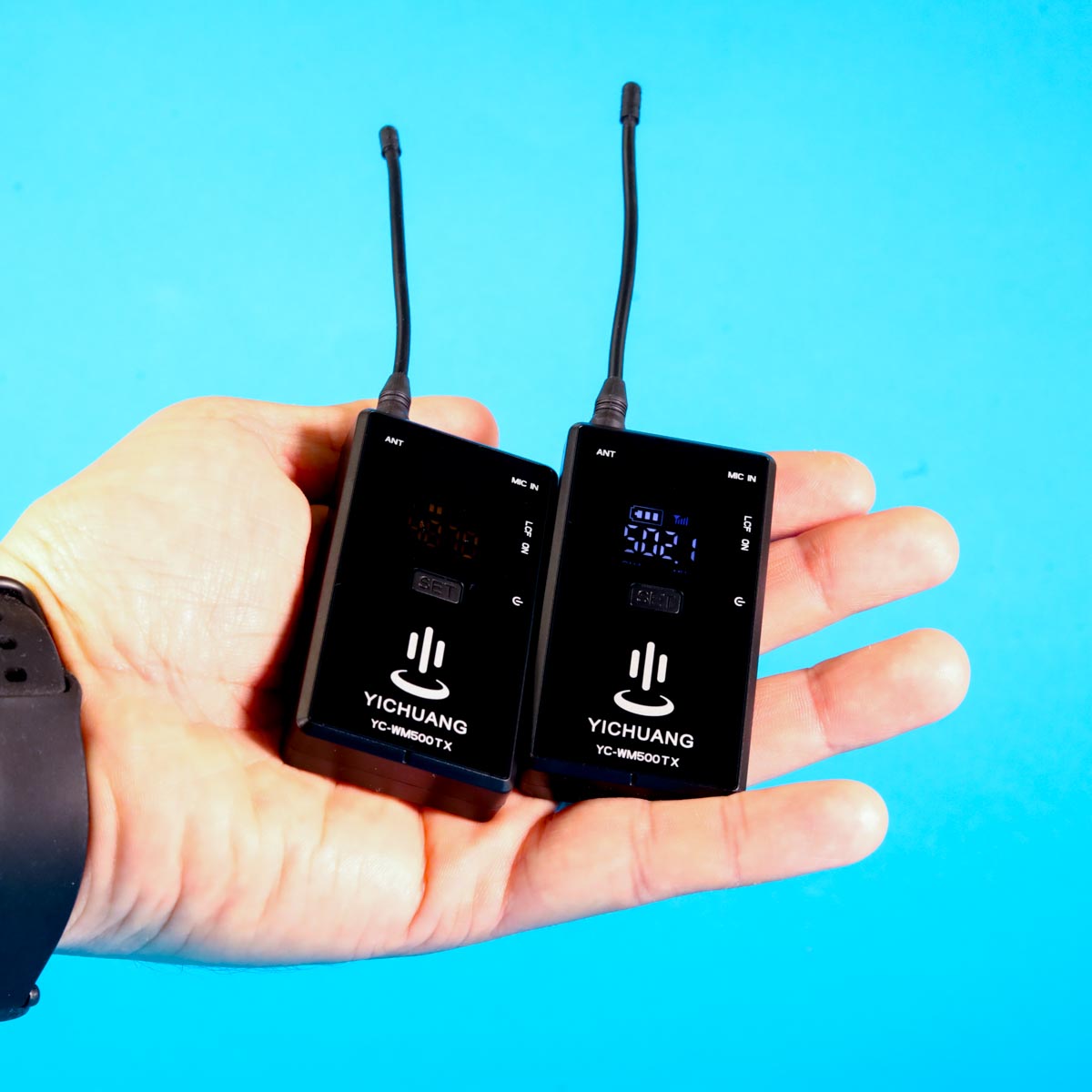 Small form factor for optimal use 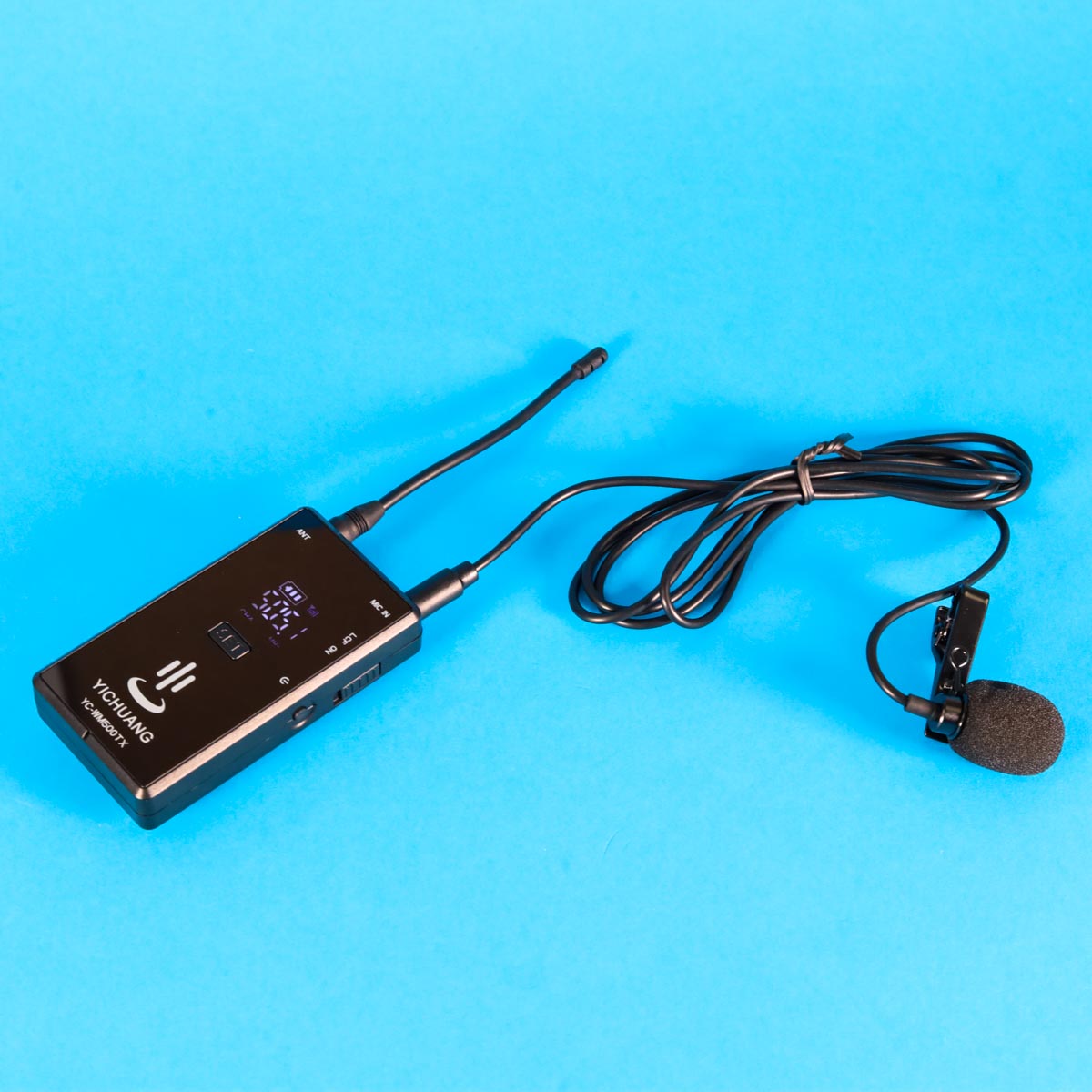 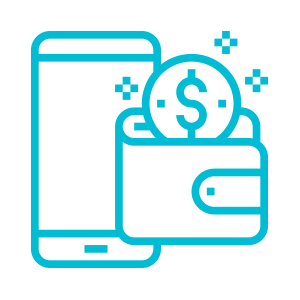 We ship our gear worldwide. We try to ship all orders within 2-3 days after payment. All payments are realized by PayPal.

We provide our customers with tracking number updated on the PayPal order website. The delivery time depends on the destination country and varies between 3 to 21 days (6 to 13 days for U.S.A. and Canada, 3 to 6 days for Europe).

The set consisting of two transmitters and one receiver is a full solution for wireless microphone recording.

The elements of the set are equipped with built in lithium battery.

The standby time claimed by the manufacture is up to 8 hours.

As any UHF system it doesn't have the problem of latency and lag as other popular 2.4 GHz systems.

The system can operate up to 30 meters in range (some sources claim up to 50m).

The transmitters are equipped with a clip. The Receiver has a clip and a cold shoe mount for easy attachment to a camera hot shoe. 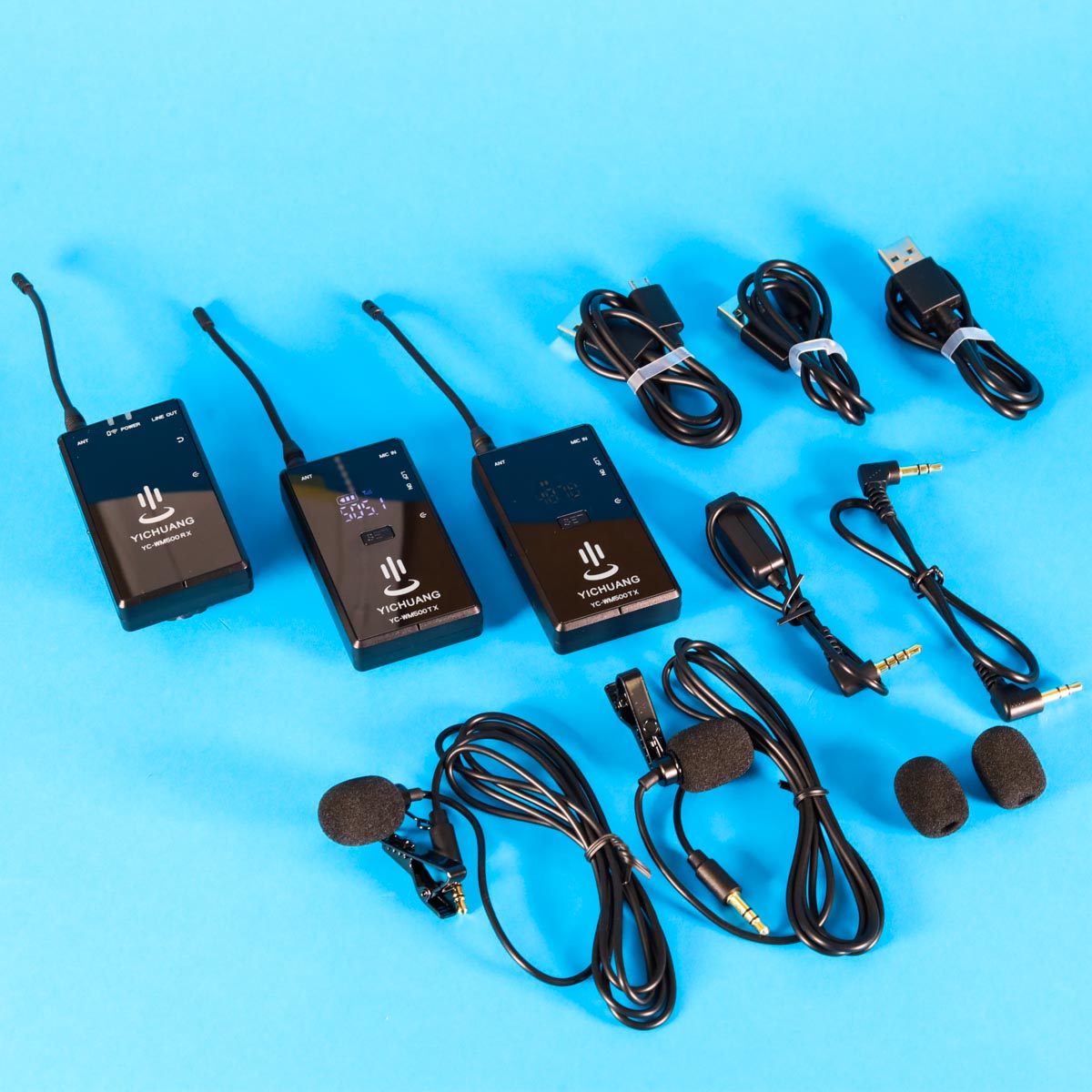 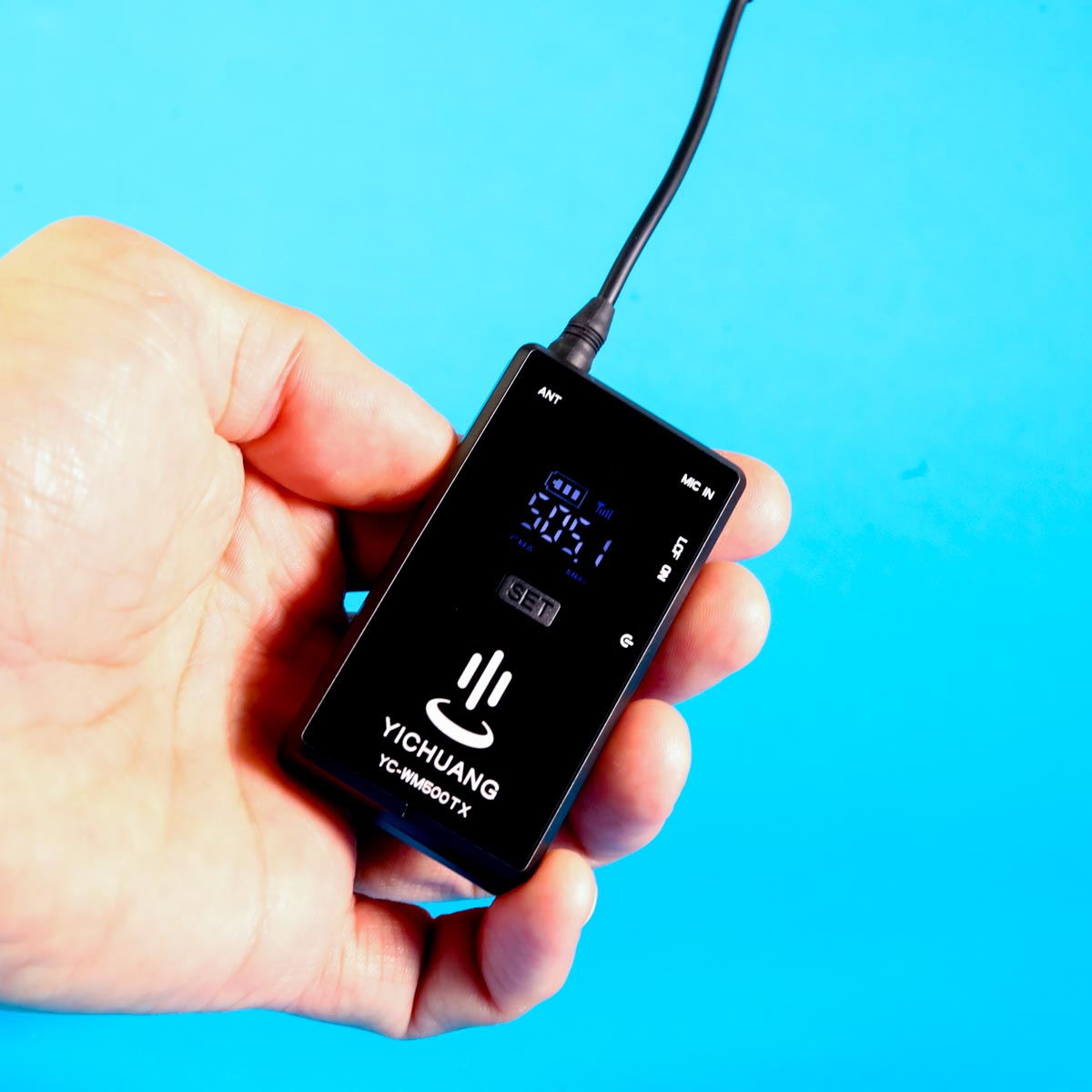 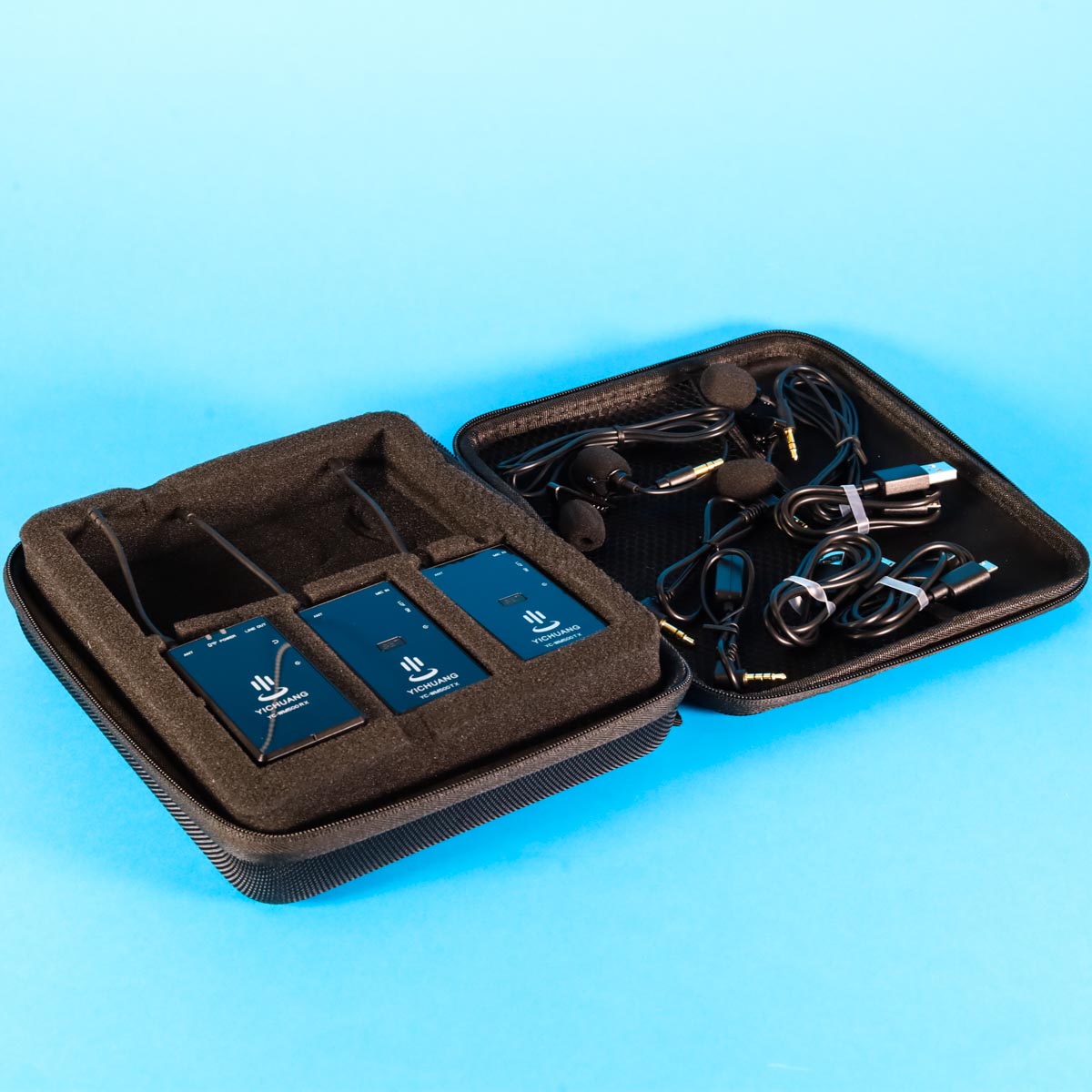 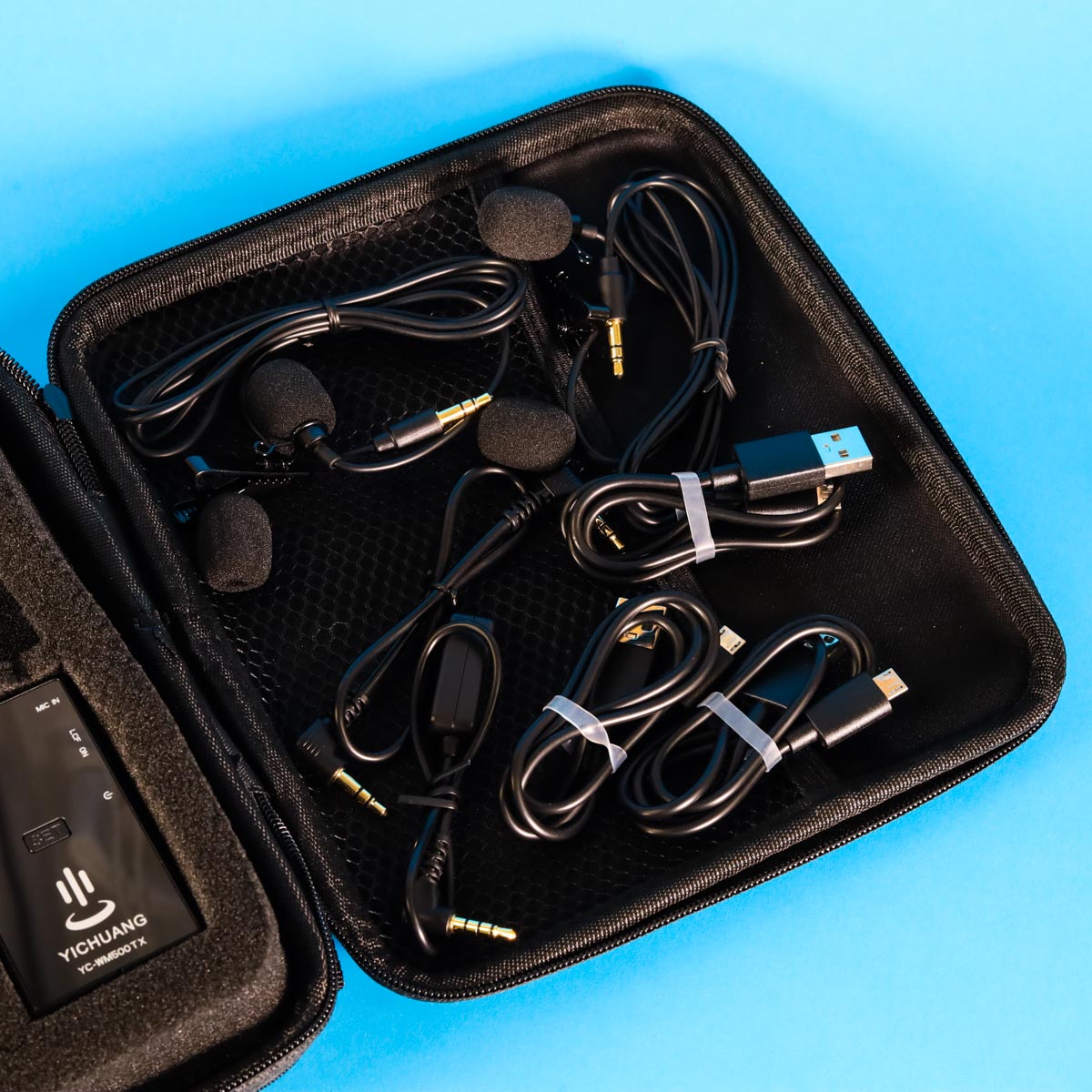 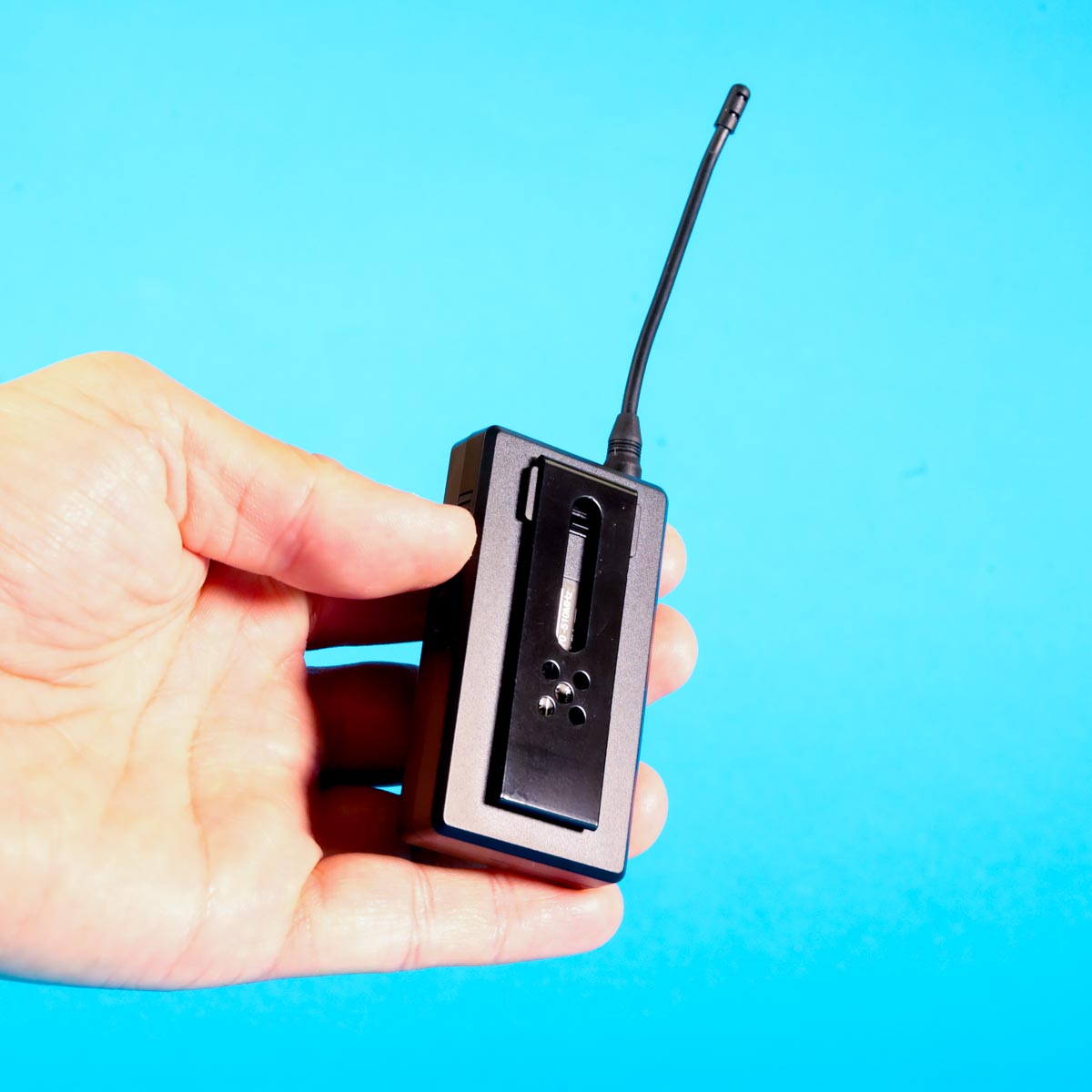 Product has been added

We use cookies to enhance your experience. By continuing to visit this site you agree to our use of cookies.